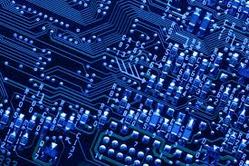 Modder Dude number 1: KingZock aka BotHunter
A dweeb-type, bugs bunny character modder with a moderate experience with computer-smashing. Although his ears are damaged from a rare accident involving a faulty program he wrote, (a friends computer started smoking resulting in fatal explosions and thus, his nonhuman looking ears.) he has little sense of  dysmorphophobia. But hey, give him a break, he made a computer destroying program....... that's gnarly dood.

Modder Dude number 2: BadBug aka WeirdoExtream
More like Daffy duck with less knowledge and a worse sense of direction. Also has a major role in the Computer-destruction origination. his main qwerk is the rare disease he has (sumoulramicroscopicsilovolcanoconiosis) witch enables him to lose all self-respect and bounce around on his head.  but at least he's good at modding :D

Modder Dude number 3: Vilespring aka Vilespring
A sedentary type of dude-dad that has nothing better than tanks and Battlefield 1942. His affinity for tanks tracks back years, but caring is not an option because he makes mediocre code.